Each year, Dean Theresa Lee and members of her cabinet, with help from department heads, recognize faculty in the College of Arts and Sciences for their excellence in teaching, research and creative activity, and lifetime achievements.

Due to the ongoing pandemic, however, we were unable to host the annual awards banquet in-person. Each faculty member received a plaque and congratulations from the dean. We posted a video to the college YouTube channel here, which features each faculty award winner.

We seek to recognize faculty members who excel in scholarship and creative activity while also being fully engaged in the other responsibilities of faculty jobs, primarily teaching and service. To this end, the college honors faculty in three stages of their research careers – early, mid, and senior – with awards for excellence in research or creative achievement, as well as honoring a faculty with an award for Distinguished Research Career at UT. 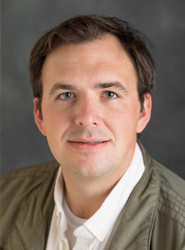 Stephen Collins-Elliot received an early career research award from the college. Collins-Elliott, a newly minted associate professor of classics, bridges the humanities and mathematics, and he is equally comfortable publishing in either field. Ranked among the most promising young Roman archaeologists in the world today, he is in the forefront of a new interdisciplinary movement that uses computational methods to detect trends in the overwhelmingly large body of archaeological data currently available. Collins-Elliott's cutting-edge research challenges traditional historical narratives. For instance, he is arguing forcefully that the Roman empire was destructive of local economies and identities rather than a conveyor of civilization as it is traditionally understood. His work is changing how archaeologists examine the past and is forcing them to apply more rigorous methods in their analyses.

While assembling an impressive record of publications and scholarly presentations, Collins-Elliott has set up an archaeological field project in Morocco, which he directs together with the head of the Moroccan National Institute of Archaeology. His work requires profound expertise not only in archaeology and statistics, but also in ancient and modern languages and history. In addition to Latin and ancient Greek, he reads four modern languages, including Arabic, which he has taught himself in preparation for his Moroccan project.

“I am very honored to have received this award,” Collins-Elliot said. “I spent my early career in the pursuit of new frontiers in my field, by advancing more mathematical approaches in classical archaeology and by undertaking a new collaborative fieldwork project in Morocco. I am grateful to have these efforts recognized by the College of Arts and Sciences, and look forward to building on this work in the future.” 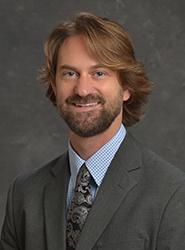 Justin Arft, assistant professor of classics, received a junior-level excellence in teaching award from the college. In his five years with the Department of Classics, Arft has taught a variety of topics, from large lecture courses on early Greek and classical Greek and Roman mythology to medium-sized beginning Latin and smaller intermediate and advanced courses in ancient Greek language and literature. He also developed a senior-level special topics course on comparative oral epic traditions. Arft consistently earns top marks in student evaluations. Students gush about his infectious passion for the subject matter and his uncanny ability to make them connect with the material. They find his classes rich in content and intellectually challenging and appreciate it that he turns even large lecture classes into a discussion format so that they become engaged.

Language students praise his clear explanations and laid-back style, which make it easier for them to learn the difficult material. All students appreciate his great sense of humor, his fairness in grading, and the great lengths to which he goes to help and mentor them. Arft is a charismatic teacher who makes students discover a passion for classics they did not know they had.

“I am entirely humbled and inspired by this award,” Arft said. “Humbled to be in the company of so many wonderful teachers from whom I have learned a great deal and inspired to strive even harder to meet their example and serve our students at UT.”